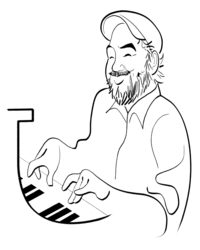 × Pianist, music director, arranger, accompanist, studio musician, and Disney guru, Matt Grinke has taken Disney songs to a whole new level! What started as an assignment in University grew into a full-scale big band that is now called the Happiest Big Band On Earth. Spending over six months arranging Disney tunes for a 17 piece big band he selected members based on two criteria. One, they had to be outstanding musicians, and two, they needed to be Disney fans.

The band debuted at Friday Night Live (North Shore), packed the building to capacity, and received multiple standing ovations. Come and experience the energy of these exceptional musicians and you’ll see why they’ve become known as The Happiest Big Band on Earth. You will be glad you did!