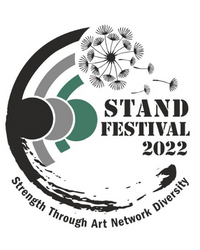 The artists will present a recital of South Indian classical music, known as Carnatic music. The roots of Carnatic music are nearly 2000 years old, but the current practice has taken shape over the past 500 years or so, and it was developed in the southern reaches of the Indian subcontinent. The exploration of raga (melodic aspects) and tala (rhythmic aspects) is the foundation of Carnatic music, realized through a large repertoire of compositions by numerous composers, centered around spiritual themes devoted to various deities and spiritual concepts of Hinduism. Aside from elaborate compositions, improvisation plays an important role in Caratic music performance practice. The violin, though a Western instrument, has been used by Carnatic musicians since the end of the 18th century and is an indispensable accompanying instrument to vocal recitals, as well as having a solo performance tradition (utilizing the same repertoire of vocal-based compositions). The mridangam is a two-sided percussion drum and is the most important percussion instrument in Carnatic music, as well as in other contexts such as classical dance.